"The future is there...looking back at us. Trying to make sense of the fiction we will have become." -- William Gibson, Pattern Recognition

I'm finishing Count Zero by William Gibson, the second book in the Sprawl Trilogy (Neuromancer being the first, Mona Lisa Overdrive the third). I listen to Trent Reznor's "Ghosts I-IV" when I read them, because I it fits Gibson's cyberpunk world. Gibson coined the term "cyberspace" in 1982, and I dig his vision of hackers as console cowboys jacking into a virtual world...their central nervous system plugged into the Matrix through a deck. It's very cool.

I wish I remembered everything I thought and felt when I started stand-up comedy here. I vaguely remember being a cocky know-it-all who tried to be Bill Hicks in my first year of comedy...much like the new kids in the Austin scene who try to be Louis CK already.

So, thinking about that and flashing forward to now...how does my present compare to my imagined future of my past self? (Did you follow that? I almost lost me there.)

Well, like most of you, I'm not where I thought I'd be at all. I'm not rich, not famous...not earning a living by comedy alone.

I DID live the rockstar lifestyle for a while...without rockstar money, so I have a lot of debt and ruined credit and shit rental history. Addiction issues...broken relationships...some great stories, though...

I've been able to open for almost all of my favorite comics, including Louis CK in Seguin...for real. I was able to emcee for Hedberg.

I like who I am onstage. I like what I write and talk about now. I like that I don't slur my fucking punchlines anymore. I don't like being completely aware of the audience now, though. (Comedy would be so much better without all those...people...)

Definitely fine with not getting on the road. Glad I stayed in Austin. I wish I had been involved more when the scene here started to really break out. Wish I had saved all the shit I wrote on my damned website before it went tits up and I jumped to Myspace.

So yes...I'm not what I thought I would be. Not in a bad way...just different. Not completely different, however. I did what I wanted to do, for better or for worse.

I don't know how you feel about your life now when you reflect back to a younger you and your hopes for the future...but I hope it doesn't fill you with regret. We are the collection of our successes and failures, are we not? They make us who we are.

It makes me smile...when I think of myself trying to be like Hicks early on without all the life-changing experiences...without those successes and failures. We all know that Louie didn't get where he is overnight or with smooth sailing. We have to go through some shit to grow. Hopefully when we do, we're wiser and better for it.

If we had no pain, we would all be very blissful, very boring people. 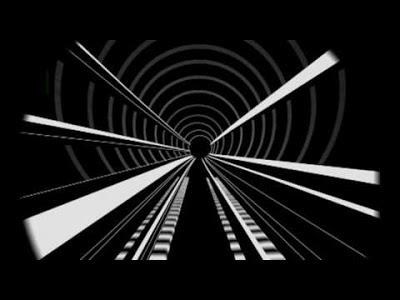